Streaming Series’ Based on YA Novels 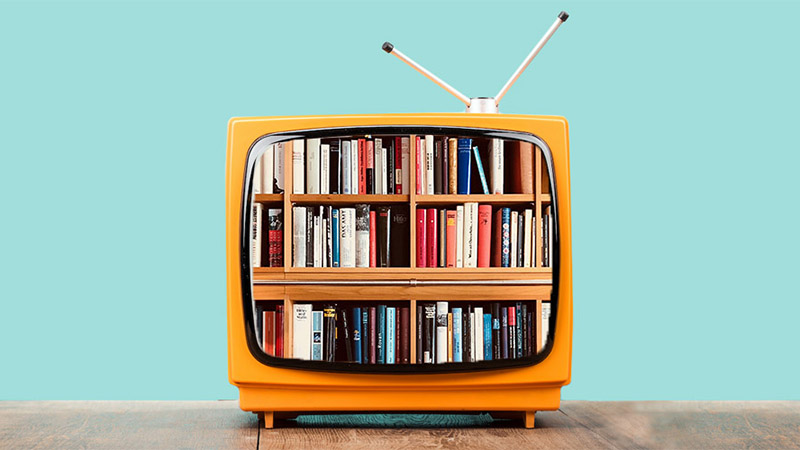 Can’t get enough of your favorite YA books and series’? Check out some of the new page-to-screen adaptations streaming on the most popular streaming services.

Shadow and Bone is now streaming on Netflix; it is based on the Grisha trilogy and the Six of Crows duology by author Leigh Bardugo.  The series follows young orphan Alina Starkov, who has an unusual power that she doesn’t understand.  A parallel story follows the crows, a gang of thieves, on an impossible mission.  Season one premiered in 2021 and season two is on its way.

Looking for Alaska is an adaptation of the John Green novel now streaming on Hulu.  It is a limited series of eight episodes that premiered in 2019.  The story revolves around Miles “Pudge” Halter, a new student at the Culver Creek Boarding School, and his friends including the mysterious Alaska Young.  The series has received critical acclaim and is considered an excellent adaptation of the novel.

Love, Victor is a three season series streaming on Hulu.  It is a sequel to the 2018 box office film Love, Simon which is an adaptation of the novel Simon vs. the Homo Sapiens Agenda, by Becky Albertalli.  Love, Victor is the story of Victor Salazar, a new student at Creekwood High School, struggling to fit in to a new city and come to terms with his sexuality.  Victor reaches out to Simon for support in adapting to his new life.

The Shadowhunters series is also currently streaming on Hulu; this series is based on the Mortal instruments novels by Cassandra Clare.   The protagonist of Shadowhunters is Clary Fray; a teenager who discovers she is a shadow hunter whose mission in life is to hunt demons.  The series premiered in 2016 on Freeform and has three seasons.

All of the books that these series’ are based on can be checked out at the Coffey county Library, as well as many other Young Adult books and series that may soon be coming to a streaming service near you!