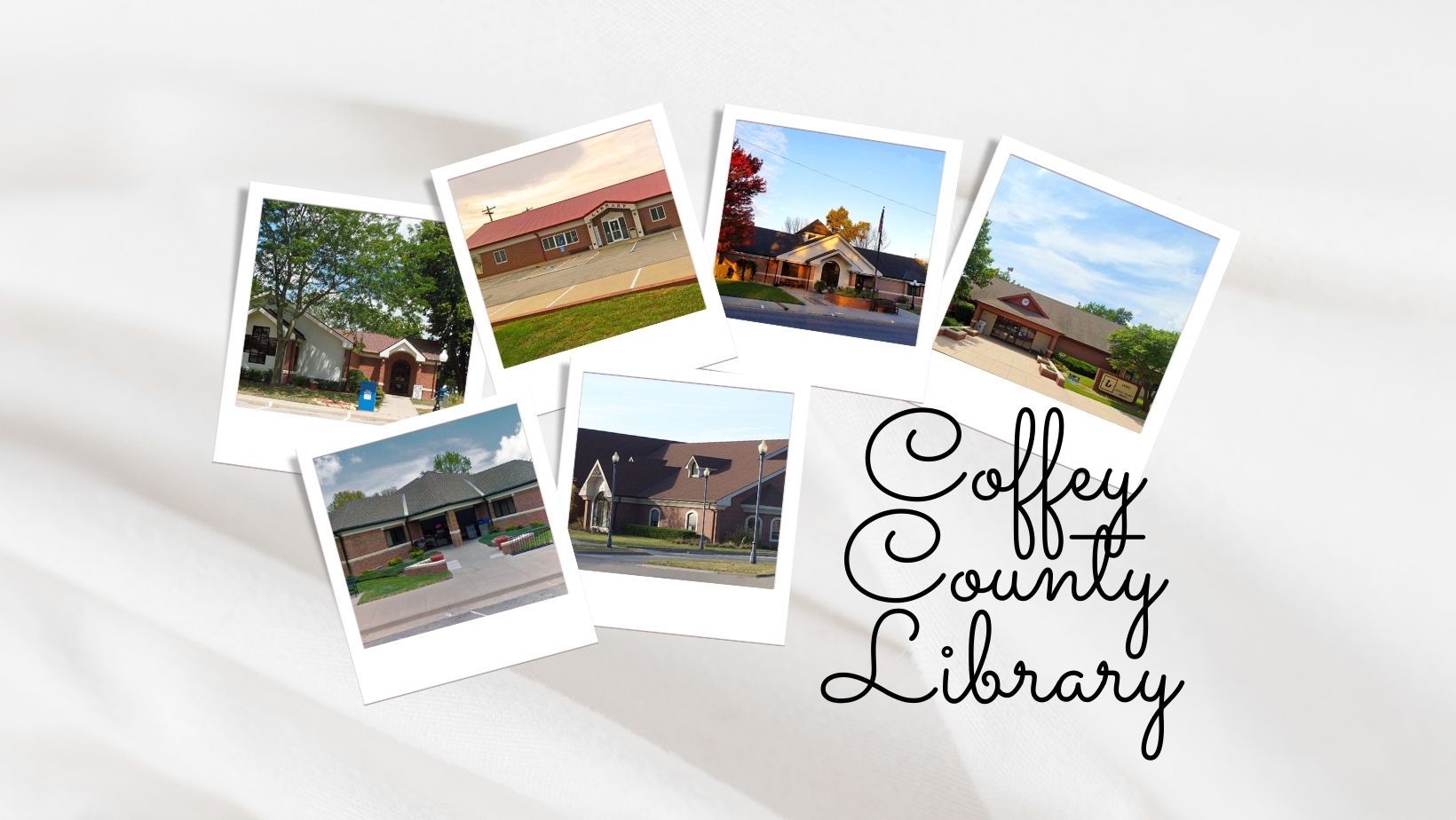 Libraries are an integral part of thriving communities, and Coffey County has a strong tradition of being supportive of its libraries.  The first public library in Coffey County was founded in Burlington in 1875, located in the Hall Book Store on 3rd Street; it began with an initial investment of fifty dollars. In 1895 the Waverly City Library was established by a group of young women known as the “Day Star Daughters”. The library was located in the old Dowd building, and was open three evenings a week and from 10:00 AM-4:00 PM on Saturdays; by 1902 the library owned 550 books.  In July of 1913 a public library was founded in Lebo, located in the back of the millinery store.  The Leroy city library began in 1932, and was housed in city hall.  The Gridley library was established in 1935 at the Osborne clothing store.  Over the years the city libraries grew and thrived and were well regarded by their various communities.  The locations of each library changed several times; The Waverly City Library was housed in the school building for a time and then in a small brick building on Pearson Avenue.

In 1912, a new Carnegie Library was built in Burlington, as home to the Burlington City Library. The Lebo Library moved to City Hall, and the Leroy Library found a home in the fire station.  The Gridley Library was also housed in several different locations.  In 1964 the state of Kansas was divided into seven regional library systems.  Coffey County was part of the Southeast Kansas Library System.  In 1988 the Coffey County Library was formed.  At that time branches were located in Burlington, Lebo, Waverly, Leroy and Gridley, however in 1994 the Coffey County Library board voted to have New Strawn become the Sixth branch of Coffey County Library.  New Library buildings were constructed in each town, with the Waverly Branch being the first facility, opened on July 5th 1990.  The Gridley branch was constructed next, followed by the Lebo Branch in 1992, the Leroy branch in 1993, and the Burlington Branch in 1994.  In 1997, the sixth branch was built in New Strawn.

In the one hundred and forty seven year history of public libraries in Coffey County there have been many changes.  For a majority of those years library material was checked out by hand with a due date stamped on a paper card.  Eventually all of the libraries became automated and entered the computer age.  Today’s Coffey County Libraries provide a variety of programs and services, as well as providing access to materials such books, movies, periodicals, audio books, and digital resources.  We would love to have you come in to visit any of our branches and see what we have to offer.